This project involved the relocation of the existing 120 TJ/d sour gas compression facility, as well as the addition of three new inlet vessels, an oil and water tank farm, and water and oil sales pumps. The facility also included two large frac-water ponds with access to both truck-out and pipelines for distributing frac water. The existing 120 TJ/d facility was deconstructed and upgraded to be shipped as modules to the new location about 400 km away. The equipment was rebuilt in the same configuration, except with key upgrades and modifications designed by Equinox.

The subsequent amine expansion involved relocating and modifying a used 45 TJ/d amine plant from CO2 service to H2s service and installation at the existing compressor station. A unique acid gas blending system was utilized to allow the use of a TEG dehydration from a separate facility. Tieing this together with another relocated heat medium package and MCC building, this conversation happened with over 80% re-used or re-purposed equipment!

The Advantage Glacier Gas Plant expansion project increased the overall processing capacity of the facility from 260 TJ/d to 400 TJ/d, improved the facility’s overall… 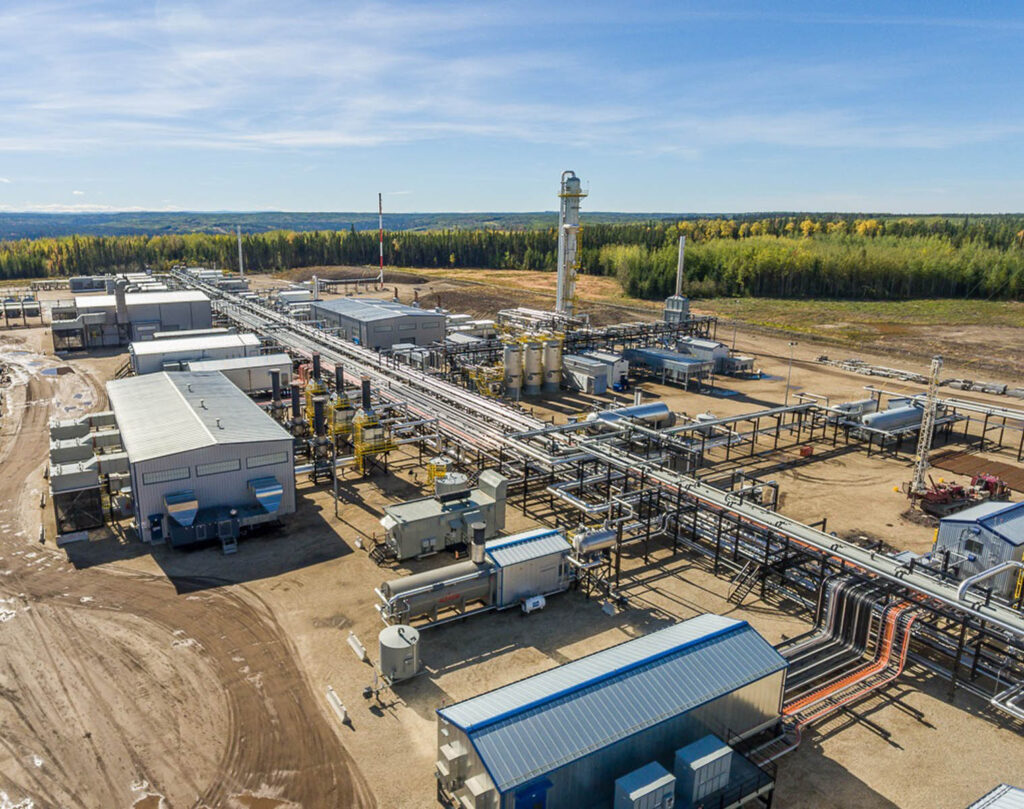